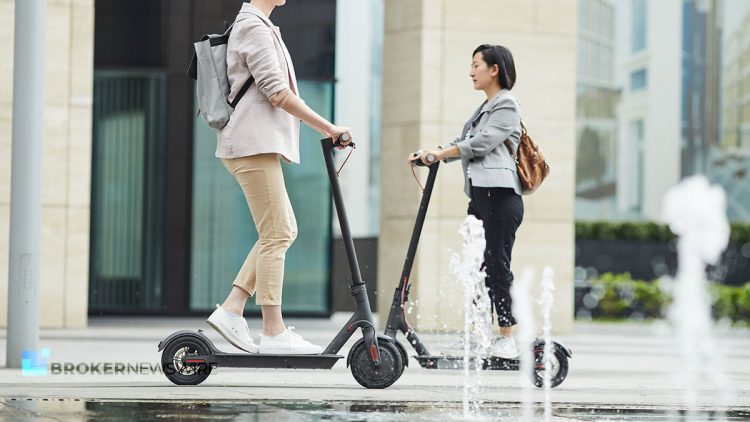 The e-scooter industry is in crisis because of the coronavirus. But experts stress: The situation also offers opportunities, for example, for a market shakeout.

The e-scooter industry was just in a race to see who could add the fastest city to their network city by city, but now the corona crisis has caused an abrupt emergency stop. Many providers have temporarily stopped their services or at least thinned them out. There have also been terminations. What will happen to the young savages of the new mobility?

The industry is “completely in crisis,” says Jerome Nonnenmacher of the consultancy Market. At the moment, the opposite of the hype can be seen in the summer of 2019: fewer people are on the road, and there are fewer business travelers and tourists as relevant user groups of electric scooters. In the meantime, the ratings of some suppliers have also dropped massively. But in the medium term, the crisis could bring advantages for the industry on several levels – also because it accelerates many things.

“There will be a shakeout,” says Andreas Nienhaus from the Oliver Wyman consultancy about the currently fragmented market. The Corona crisis is intensifying the “fight for survival.” The large providers, in particular, have good chances. They are usually well-financed and continue to receive capital even in the crisis. “For the smaller ones in the second row, however, that becomes a problem.”

The provider Lime, for example, also says that the crisis could contribute to “the expected market consolidation accelerating, and not all e-scooter providers will survive the break.” However, the company sees itself “in a good position to master the crisis.” The company is one of those who will Germany for several weeks. Since April 20, however, the service has been successively ramped up again in individual cities. With increasing relaxation, the demand is also growing; still, they say.

But the industry was already having problems before the pandemic, as Gregory Heckl of Oliver Wyman says: “Sharing business models are generally nothing where I am bathing in money per se,” he emphasizes. “Whether the business is profitable or not will vary from city to city.” The costs of running the business are higher than the operators initially assumed, says his colleague Nienhaus. Besides, the providers could set themselves apart from the competition primarily by being cheaper or by distributing as many e-scooters as possible in the cities. But that is expensive.

“Many things are not yet fully developed here, and the crisis is now intensifying this,” says Heckl. “A market that is already developing fast is forced to do so even faster now.” But at least the suppliers who survive this phase will benefit from the acceleration because that way, they escape the dilemma of stiff competition over price and breadth of supply. “Consolidation will help the providers to operate profitably,” says Nienhaus. “Also, technology will improve – the scooters will last longer and require less maintenance. That also saves costs.”

Micro-mobility: Cities could have more influence in the future

Besides, there will be a further postponement. Both the experts from Nunatak and Oliver Wyman expect that the cities will become significantly more critical in terms of micro-mobility – and thus also for e-scooters – because the players would need cooperation. “On the one hand, their mobility platforms can play a decisive role. On the other hand, some cities in the USA or Spain, for example, are also making a big impact. There is then a call for tenders and then only one or two providers,” says Nienhaus. In Germany, too, he expects the cities to exert more influence. This accelerates the selection process.

Expert sees the possibility of more cooperation so that e-scooters will become less competition and more a complement to the bus, metro, and suburban rail. “The Wild West is consolidating,” he says about the industry, whose approach has also attracted criticism in the past. “There are a few cowboys left in the city – but they’re coming to terms with the city.” In the end, it’s not just a question of who has more money, but also who cooperates better.