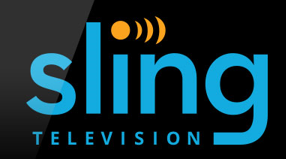 Sling TV has announced the addition of new channels to their streaming portfolio. The new channels will help to bolster the streaming service, while giving it a further edge over the competition. The three new channels will be available as add-ons through Sling Orange and Sling Blue services. The first channel is GSN, the Game Show Network. The network offers an array of classic gameshows, including Family Feud. The channel can be obtained by adding the Comedy Plus Extra to your account.

Sling TV subscribers will also be able to gain access to HDNet Movies. The channel is now a part of the preexisting Hollywood Extra package. HDNet movies plays a variety of different movies, but mainly sticks with those from previous years. Their lineup includes Scream 2, Robin Hood: Men in Tights, and Rudy. The American television network was launched in 2003 and is now available through Verizon, Time Warner, DirecTV, DISH, and more cable providers.

HDNet’s sister channel, AXS TV, will also be made available through Sling TV. AXS was launched in September of 2001 as HDNet. The channel’s name was officially changed in July of 2012. Today, the channel offers a wide variety of entertainment, including standup comedy, sports, and music events. The channel is popular among mixed material arts fans as well. AXS TV was previously home to Inside MMA, which has since been canceled. Nonetheless, AXS TV still offers access to various sporting events, including MMA, kickboxing and Muay Thai competitions.

Current subscribers to Sling TV should be happy with the new additions. It should also be a welcoming sign of potential things to come in the future. As cable cutting continues to spread and increase throughout the country, companies like Sling TV could very well pick up the slack. For more information, be sure to visit Sling’s official website at http://www.sling.com.