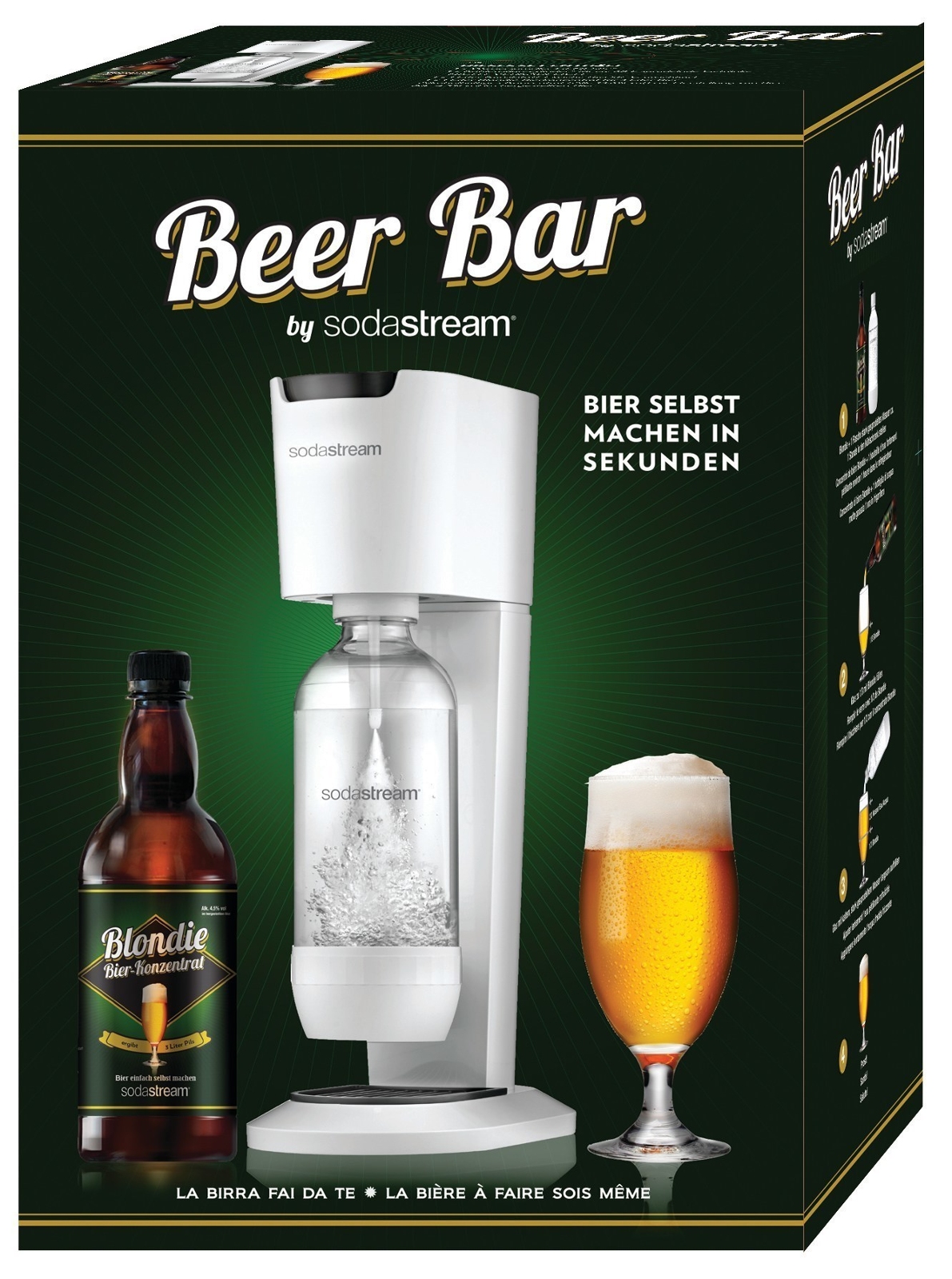 The Israel-based manufacturer of Sparkling Water Makers has now decided to target the beer industry. Today, SodaStream (NASDAQ: SODA) unveiled their brand new home beer system, the Beer Bar. The company has conjured up a system, which will allow consumers to craft beer in their own home using nothing more than water and an innovative beer concentrate. Thus far, SodaStream has only mentioned a light beer, Blondie, which will be compatible with the system. Blondie has a 4.5% alcohol content, which equates to the average amongst more major beer manufacturers. According to the company’s press release, a single liter or Blondie can product around three liters of beer.

The Beer Bar will first be released in Europe’s beer capitals, including Germany. The product is now available through the company’s German website and through Switzerland retailers. Unfortunately, those within other markets will need to wait a bit longer, before they’ll be able to brew their own home-crafted beer with the Beer Bar. The company has tentatively schedule the Beer Bar to launch in other markets sometime in late 2016 and 2017. The company’s leading product, Sparkling Water Makers, are currently available within 45 countries at over 70,000 retailers. Within the United States alone, consumers can find the products at nearly 13,000 retail stores.

And, the innovative home soda making system has proven to be profitable. The company’s stock soared earlier this money, after beating Q1 earnings predications. The stock price target was recently raised by Jefferies Group to $17.00. Analyst A. Jagdale also increased his anticipated EPS for SodaStream earlier this money. His current prediction stands at $.20, which is up from the group’s prior estimation of $.16. Jefferies Group currently has a “Hold” rating for the stock.

During the last day of trading, the SODA stock fluctuated between $19.09 and $19.65 to finally close at $19.52. The closing price increased 2.52% over the stock’s previous day’s closing price of $19.04. For further information, be sure to check out the company’s website at SodaStreamUSA.com.