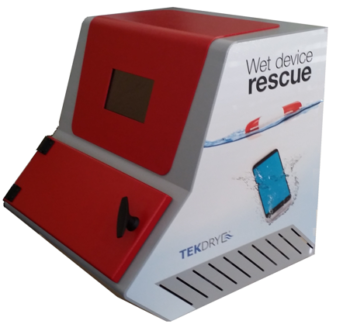 Staples (NASDAQ: SPLS) has been accused of lagging behind the times. The company has taken steps to try and catch up with modern technology over the past few years. They just recently teamed up with Apple to make the Apple payment system available in their stores. Now, the company has announced that Apple Pay will now be made available on the company’s mobile website. The combination will provide consumers with an easy, secure, and safe way to pay for their orders directly from their mobile phones.

Staples business customers have been able to utilize this form of payment through the Staples iPhone app and within stores for quite some time. Now, all Staples customers will receive the same accommodation. Users, who visit Staples’ mobile site using the Safari browser, will have the ability to complete their payments with the Touch ID interface. The innovation will ensure consumers receive a seamless, lightning fast check-out and aren’t forced to sit around in line. Those who wish to use Apple Pay within their local Staples store will need an iPhone 6 or later. Alternatively, the Apple Watch is also compatible.

Those paying through the app or mobile website can use the iPhone 6 and later, iPad Pro, Air 2, and mini 3 or later. Users of Apple’s macOS Sierra can also finalize their payments utilizing their iPhone or Apple Watch. The move is just another step in the right direction for Staples, but it is not the only one. Staples has also announced their intention to expand their mobile phone water damage recovery program throughout the nation.

The company has teamed up with TekDry to provide the service to their customers. The founders of TekDry will appear on ABC’s Shark Tank this Friday, October the 7th. According to the company’s most recent press release, the TekDry service will be available in 600 staples stores throughout the nation by mid-November. Staples provides consumers with comprehensive solutions for damaged mobile phones. They’re capable of rectifying damage caused by water, as well as cracked screens. The water damage repair service is currently in 82 Staple stores, with the number set to increase to 600 by mid-November.

The innovative TekDry system is designed to repair water damaged phones in approximately 30 minutes. The price of the service is $69.99. If the system fails to rectify the problem, the service will be provided free of charge. Those interested in learning more about the service are urged to tune into Shark Tank Friday at 9PM Eastern Time. The founders will provide viewers with a comprehensive breakdown of the service and its benefits. Those interested in learning more about the new service are encouraged to visit Staples’ website at http://www.staples.com/wetphone!