Target Plans For Expansion In Hopes Of Revitalizing Growth

Since the beginning of the year, Target (NYSE: TGT) has undeniably hit a rough patch. TGT stock has lost nearly $20 in value. Retail in general has suffered under the added pressure of ecommerce giant Amazon. While some companies have managed to find stabilize, Target continues to experience increased volatility. On February the 28th, Target revealed their 4th quarter and full year results for 2016. The 4th quarter earnings of $1.45 per share fell well below analyst expectations of $1.51. Revenue fell 4.3% compared to 2015’s 4th quarter. Target also lowered their guidance for 2017. Target has continued to disappoint, but the company is ready to ramp up spending in hopes of leveling the playing field with rivals. 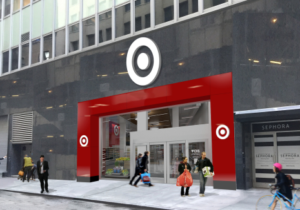 On March the 20th, Target announced their plans to open a 43,000 square foot store in midtown Manhattan. The facility will open just a block away from Penn Station at Herald Square. The store is expected to open in October of this year and this is simply a start of a much bigger expansion. The company also announced their intention to open 30 additional stores this year. The majority of the stores will feature Target’s small-format design and will be strategically opened in dense urban neighborhoods. Despite the smaller format, the Herald Square Target location will still feature a CVS Pharmacy, grocery department, health products, and apparel.

The store will also feature Target’s Order Pickup service, which gives consumers the option of buying online and picking up their order in person. Since late 2016, Target has made great strides to enhance their Order Pickup stores. Nevertheless, the enhancements have thus far failed to stop the onslaught. On March the 20th, Target also announced their intention to begin redesigning many of their stores. The company also released markups for their redesigns. Target expects their first fully reimagined store to open near Houston. The redesign scheme is a small component of Target’s commitment to invest billions of dollars over the course of the next three years.

The fully reimagined Target will open approximately 35 miles southwest of Houston sometime in October of this year. The 124,000 square-foot store will be located at Aliana’s Market Center. Simultaneously, the company expects 40 other stores will receive aspects of the next generation re-design during the renovations in October of 2017. The company will then rely on the new design’s impact and guest feedback to begin planning for 500 additional stores to be reimagined in 2018 and 2019. In total, Target expects to invest in the reimaging of 600 stores by 2019. 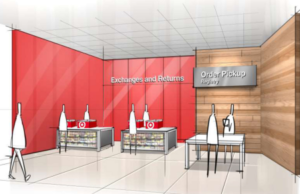 The redesign will help to further enhance the company’s Order Pickup service. With an additional second entrance, consumers will have immediate access to groceries, self-checkout lanes, and the Order Pickup counter. Directly outside of the entrance, guests will be provided with dedicated parking spaces where team members will help load online orders. Will the upcoming changes be able to increase Target’s foot traffic? Will it encourage more consumers to take advantage of the company’s Order Pickup service? Only time will tell, but Target needs to do something quick to right the ship. Target’s biggest retail rival, Wal-Mart, has also been forced to make dramatic changes to stave off Amazon.

Wal-Mart acquired Jet.com and started offering two-day shipping for orders over $35. The company will soon launch a new innovative store in Silicon Valley that will attempt to revolutionize the online retail experience.