On July the 27th, TEGNA (NYSE: TGNA) unveiled their second original program, “Sister Circle”. The new daily talk show will feature a panel of four female hosts. The series will premiere on Monday, September the 11th in 12 of TEGNA’s markets. It will be live nationally from 9AM to 10AM on TV One, a cable network providing bold programming to a diverse audience. TV One can be accessed in approximately 59 million households throughout the country. This will mark the first time the network will carry original programming from a local station group. 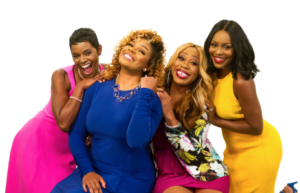 “Sister Circle” is being produced out of TEGNA’s WATL studio in Atlanta and will reach approximately 60% of the American audience. The new talk show will attempt to inspire and motivate African-American woman, while including chats about the latest news. The series will also provide insights into parenting, fitness, finances, and relationships. The show will feature interviews with celebrity guests and expert opinions on various subjects.

Audiences will be able to engage in the program in several ways. The launch of a live, interactive polling app will give social media users the opportunity to drive the discussion twenty-four hours a day. TEGNA has assembled a strong panel to host the show. These hosts have spent their careers in music, entertainment, journalism and business.

DJ Q will make an appearance to provide a guy’s perspective to the discussions. Veteran television executive Helen Swenson will take over the role as senior executive producer and showrunner for the series Swenson has more than 30 years of experience in program development, sales, marketing, and live television. During her time with The Weather Channel, Swenson created and developed the massively popular “Wake Up With Al” staring Al Roker.

To learn more about “Sister Circle”, be sure to click here.