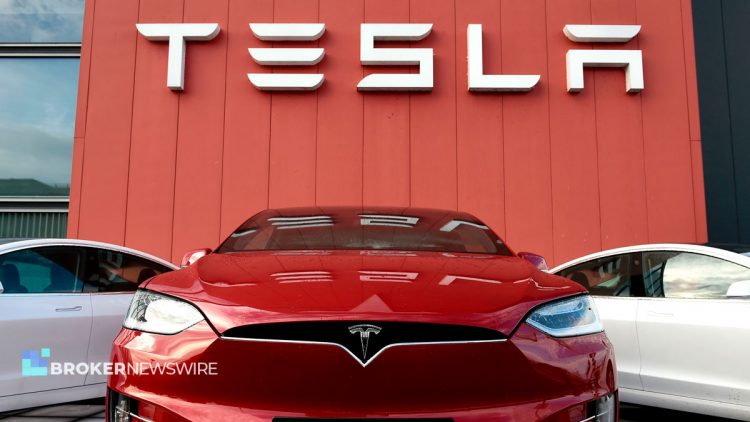 The automotive industry is suffering from the coronavirus, but things are looking up for Tesla: for the first time, the e-car manufacturer can report its third consecutive quarterly profit.

The US electric car manufacturer Tesla ended the first quarter in the black despite the Corona pandemic. The bottom line was a profit of 16 million dollars (14.7 million euros), as the group of tech billionaire Elon Musk announced in Palo Alto on Wednesday after the US stock market closed. Analysts had expected a loss. Tesla did not give a business outlook due to the high uncertainty caused by the pandemic.

It was the third consecutive quarter with a surplus – something that has never been achieved since the company was founded in 2003. In the same period of the previous year, Tesla had suffered a loss of 702 million dollars.

Forestry: The price of wood is falling sharply in the Corona crisis

The company increased its sales by 32 percent to almost six billion dollars. The quarterly figures were significantly better than analysts had expected, with the share price rising by more than ten percent at times after trading.

Despite profit: Tesla does not want to give an outlook for the year

In his letter to shareholders, Tesla stressed that the Corona crisis was causing great uncertainty about future business. “It is difficult to predict when vehicle production and the global supply chain will return to their previous levels,” the annual report said. Reliable forecasts for profit and cash flow are therefore not possible at present. The annual outlook will be updated in the next quarterly report.

Tesla’s goal is to raise over 500,000 Cars 367,500, compared to 367,500 in the previous year. the company continues to believe that this is possible, even though doubts have already been raised about the ambitious target because of the corona pandemic. In any case, the biggest challenge is likely to be the current quarter, when initial restrictions are severely affecting the automotive industry worldwide.

On the stock market, Tesla is one of the few winners this year, with a price increase of more than 90 percent. The Corona pandemic is also causing problems for the e-car pioneer. Tesla first had to stop production in China and then shut down his US headquarters in Fremont. Tapes at the factory were halted last month under pressure from the authorities – much to the chagrin of Tesla boss Musk, who is calling for a relaxation of corona measures.

In the telephone conference with analysts after the presentation of the quarterly figures, Musk burst his collar when the initial restrictions in California came up. His opinion was that this would “lock people up in their homes and violate their rights under the constitution”. Those who want to stay at home should not be forced to go outside. “But to tell people that they can`t leave their houses, that they will be arrested, that`s fascist, that`s not democratic, that`s not freedom”. At the end of his tirade, Musk demanded to give the people back “their goddamn freedom” The broadcast then stopped and the conference did not resume until a few minutes later.

When the initial restrictions were introduced, Musk had initially tried to obtain an exemption permit for the continued operation of the Tesla factory in Fremont near San Francisco – but failed because of the authorities. It is the main factory of Tesla, which builds by far the most vehicles. The second factory in China has only recently been opened. The exit restrictions in the US region were extended on Wednesday until the end of May.

Despite the negative impact, Tesla delivered more cars than expected in the last quarter. In the three months to the end of March, almost 88,500 units were delivered to customers, 40 percent more than in the previous year. A total of 102,672 vehicles were produced. The majority was accounted for by the Model 3, with which Tesla intends to establish itself in the mass market. Production of the Model Y compact SUV is to be stepped up in the current quarter.

Tesla plant near Berlin to be completed on schedule in 2021

At his first European plant in Grünheide near Berlin, where the first Model Y is scheduled to roll off the assembly line in 2021, Tesla continues to see himself on schedule. To this end, the start of the electric semitrailer tractor Tesla Semi has again been postponed. The company has no financial problems in the Corona crisis – after a capital increase in February, Tesla ended the quarter with 8.1 billion dollars in cash reserves.

Asked by analysts, Musk also said he could imagine starting a robot-taxi service with Tesla vehicles next year – but limited that it could take longer. Ford had recently postponed the launch of its first robot-taxi service from 2021 to 2022, citing changes in user behaviour during the Corona crisis.