The Voter ID Law Debate – Statistics And Details To Ponder 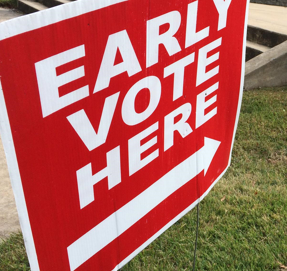 With the presidential election right around the corner, America’s Voter ID laws have become a hot topic. Opponents of these regulations argue that the laws prevent the poor minority voters for being able to cast their votes. Proponents insist the laws protect the sanctity of the election process, while preventing voter fraud. For most Americans, it is truly unfathomable to contemplate an existence without a valid driver’s license. Driving without a license is against the law and can lead to substantial fines and penalties. What prevents an able bodied American from obtaining a driver’s license?

Reasons For Not Acquiring A License

One could easily jot down a list of reasons for not acquiring a license. Spending a day at the DMV is undeniably one of the most horrific experiences ever. Uber has become very popular. Why drive when you can simply punch your smartphone a few times and make your magic chauffeur appear? In 2013, the University of Michigan conducted a study into the matter. The group spoke with 618 individuals from the ages of 18 to 39. None of the respondents had a license at the time. Below is a list of the top reasons these individuals gave for not getting a license.

22% of respondents admitted they didn’t plan on getting a license in the future. Alternatively, 69% intended to obtain one within the next 5 years. Although the cost of actually owning a motor vehicle did make the list, the expenses directly associated with getting a license wasn’t mentioned.

Some insist Voter ID laws are prejudice, since they require citizens to invest before being able to vote. How much is a driver’s license or an ID card? The State of California is easily one of the most liberal in the entire country. If any state was going to go out of their way to accommodate the disenfranchised, it would most certainly be California. In California, the price of getting an original license and renewing said license is right around $30.  Obtaining an Identification Card is even cheaper. A regular ID card is just $29. However, those that meet certain income requirements will be required to pay even less. $8 is the minimum, while Senior Citizens can get an ID for free.

On the other hand, Texas is widely considered a conservative state. In Texas, an Identification Card can be acquired for $16. The cost of a driver’s license ranges from $16 to $25 depending on age. With approximately 75 million iPhone users in the United States, it would be silly to suggest these fees would be unreasonable. iPhones cost a few hundred bucks. In all likelihood, the cost of an ID card or driver’s license would equate to the taxes for a new iPhone purchase. Suffice to say, the cost isn’t a valid argument.

At the end of 2014, America had a total population of 253 million who were of age to drive. This includes those 16 years and older. During that time, there was a total of 214 million licensed drivers.

Additional figures can be obtained here. Obtaining a driver’s license is something every responsible United States citizen will do at some point. There are truly few legitimate reasons not to do so. The consequences of driving without a license includes fines, possible jail time, car impoundment, and even probation. No sane person or law abiding citizen would want to sit in a courtroom all day, due to their failure to obtain a license.

Another popular argument is that voter ID laws are racist, since felons are prevented from voting. The coddling of criminals is truly unfortunate and only encourages more criminality. Those that decide to commit the crime are responsible for their own actions. Before the trigger is pulled, it is unlikely the perpetrator took the time to ponder the future loss of their voting rights. They simply didn’t care. Obtaining the easy money was far too important. Nonetheless, it is still important to look at the statistics.

For males, African Americans equated to 516,900 prisoners, Hispanics totaled 308,700, and whites made up 453,500 prisoners. Of 106,232 new female prisoners, white women totaled 53,100, black women were 22,600 and Hispanics were 17,800. Although the numbers look much different when compared to the overall population for each race, the figures remain similar.

A research study was conducted by the US Census Bureau on August the 28th of 2016. The study analyzed voter turnout and registration statistics. The study concluded the following:

The reasons for not registering can be found below.

During the 2012 election, only 57.5% of Americans turned out and voted for one candidate or another.

According to opponents of Voter ID laws, voter fraud is nonexistent or rarely happens. Despite this claim, America’s history is oversaturated with allegations of manipulation of the electoral system. The Washington gubernatorial election of 2004 is one such election. Although Democrat Christine Gregoire eventually won by just 129 votes, the election was riddled with bizarre mistakes and discoveries. A handful of votes were wrongly rejected, while others were found stashed away in a warehouse. The result of the election eventually led to protests outside of the Washington State Supreme Court Building. Nonetheless, Gregoire reigned supreme.

During the 2004 Presidential election, Green party candidate David Cobb and the Libertarian party candidate Michael Badnarik were granted a recount in Ohio. Two election officials were eventually convicted by a jury for selecting precincts, which they knew would have no irregularities. The allegations continued and eventually led President candidate John Kerry to admit it was “impossible to know for certain that the outcome reflected the will of the voters.” Suffice to say, he lost to George Bush.

N0 matter what side of the aisle you’re on, one thing is certain. Fewer people trust the government than ever before. A Pew Research study released in October of 2015 concluded that only 19% of the American population trusted the government just about always or most of the time. In the 1960s, the number was near 75-80%. With the government less trusted than ever, it is easy enough to see where both sides of the Voter ID law come from. Liberals argue Republicans are suppressing the vote of their minority brothers and sisters. On the other hand, conservatives believe the destruction of the laws pave the way for abuse.

At the end of the day, Americans need to take a little responsible for themselves. Whether you’re 14, 25, 30, or 65, you know exactly where to go to obtain a driver’s license. If you’re going to be even remotely successful or worthy in life, you’ll have a driver’s license and a reliable form of transportation. In most states, it is nearly impossible not to have a valid license. The cost is minor. And, despite the enormous amount of time you’ll spend at the DMV, the process is easy once your number has finally been called. Also, the mass majority of states now offer online renewals, so there is no reason not to keep your license valid.

Coddling criminals is a common behavior among liberals. It is vital to understand criminals have paved their own path. Statistics have shown time and again that criminals are criminals and will likely remain criminals, until they’re no longer able to recommit. Or, until they’re locked away for good. Life isn’t fair and reality isn’t pretty, but it is just that, reality. Felons throw their rights away. They do not have their rights stripped away because they’re black, white or Hispanic. Their own actions have led to consequences and they most likely care very little about voting, unless their vote is rewarded with another “fag”.

With the growing population of illegals, it is essential to protect the American election system. Voter ID laws are a step in the right direction, but they’re not a comprehensive solution. Nonetheless, they provide a glimmer of hope that an American’s vote may actually matter. Wouldn’t it be nice to know that your vote wasn’t invalidated by that of an illegal border crosser?