The Week Ahead For Markets Upcoming IPOs And Earnings 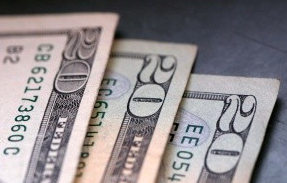 The week ahead should be an eventful one for investors and the markets. Several big companies will be announcing their earnings, while several IPOs will enter the markets. Will stocks be able to maintain and surpass their current highs? Or will they be weighed down by unimpressive earnings? Below, you’ll explore some of the events, which may impact the market’s performance for the upcoming week.

Bank of America is set to announce quarterly earnings on Monday, 7/18/2016. The earnings details will be made available to investors before markets open. Investors have been fairly unimpressed with Bank of America as of late. However, a turnaround may be on the horizon. The bank passed the Fed’s Stress Test and was given permission to boost their dividend by 50%. The company also announced their intention to buy back up to $5 billion in stock. Nonetheless, expectations are low. Just recently, Jefferies Group decreased their EPS forecast from $0.35 to $0.33 for the bank.

Bank of America currently has an average rating of buy amongst analysts, as well as a consensus target price of $17.56. BAC stock closed at $13.66 on Friday.

Meanwhile, Yahoo! is scheduled to announce their quarterly earnings after markets close on Monday. Expectations are very low for Yahoo’s earnings, but it is other news, which will be released in correlation, that will be sure to capture attention. Also on Monday, Yahoo is expected to begin accepting final bids for the sale of its core business. A handful of companies and individuals have thrown their hats into the ring. AT&T, Verizon, Berkshire Hathaway, and TPG have all shown interest in Yahoo.

Analysts polled by S&P Global Market Intelligence believe Yahoo will report earnings of 10 cents per share, which is down 48% from the same quarter last year. On Friday, YHOO stock fell .63% to end the day at $37.72. The stock dropped another .22 points to $37.50 during after hours trading.

Netflix will announce their quarterly earnings after trading ends tomorrow. Analyst expectations have been all over the board, after the company decreased subscriber additions guidance for the quarter back in April. Some believe competition from Hulu, HBO and Amazon could deflate Netflix’s subscriber base. Nonetheless, the company expected to increase subscriber numbers by 2.5 million. FactSet and Estimize both expect the company to report earnings of 3 cents per share, which would equate to a 50% decrease from the same quarter last year. Both also expect Netflix to bring in a revenue of $2.11 billion.

Microsoft will announce earnings on the 19th after markets close. Decreased demand for PCs is expected to drag on Microsoft’s earnings. Microsoft’s Cloud computing services could very well counterbalance the decrease. The company has confirmed they’re targeting a revenue run rate of $20 billion for their commercial cloud services by the year 2018. Currently analysts believe Microsoft will report an EPS of $0.58 and a revenue of $22.15 billion. The company last reported earnings on April the 21st. At that time, the company reported $0.62 earnings per share, which missed consensus estimates by $0.02.

Meanwhile, Patheon NV, a Netherland-based pharmaceutical manufacturing company, is expected to price shares on Wednesday and enter the market on Thursday. The stock will be traded on the NYSE, New York Stock Exchange, under the ticker PTHN. The price is expected to be between $19 and $22. Patheon is a leading provider of pharmaceutical development and manufacturing. The company doesn’t develop medications. The company manufactures the pills, which are used to deliver the medication.

The week ahead will also bring a handful of other IPOs, including Audentes Therapeutics, which will be traded under the BOLD ticker. The Impinj Inc., which produces wireless connectivity products, will price their stock on Wednesday and enter the market on Thursday. The stock will receive the ticker PI.