Theranos Accepts Fine and 2-Year Suspension In Resolution With CMS 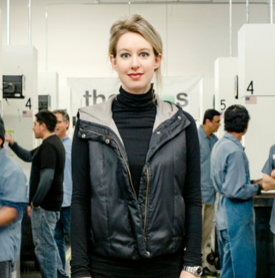 On April the 17th, Theranos Inc. announced it had reached a global settlement agreement with the CMS, Centers for Medicare & Medicaid Services. The agreement will effectively resolve all legal and regulatory proceedings between the CMS and Theranos. CMS has agreed to withdraw the revocation of Theranos’ CLI operating certifications, while simultaneously reducing the company’s penalty to $30,000. Finally, Theranos will also be forbidden from owning and operating a clinical laboratory for the next years. The company laid out their business plans this fall and confirmed they had no intention of owning or operating a clinical laboratory.

Instead, the company will continue to focus on the miniaturizing and automated testing platforms and associated chemistries. Theranos will also be withdrawing its appeal of the sanctions placed on its Neward clinical laboratory. The settlement comes after The Wall Street Journal reported that the company’s Edison machines might provide inaccurate results and that the company was relying on traditional blood testing machines, such as those produced by Siemens. The company quickly denied the allegations, but the blowback was swift and decisive.

After the report, Walgreens halted plans to expand the blood-testing centers in their retail stores. Subsequently, the Arizona Department of Health Services found regulations issues with the firm’s Scottsdale lab in October of 2015. In January of 2016, Theranos receives a letter from the CMS after an inspection of its Newark, California laboratory. The results of the inspection led to sanctions against Tharnos in March of 2016. This is simply one hurdle cleared for the company, which could also face lawsuits from Walgreens and the Arizona Attorney General. The company also faces a criminal investigation from the SEC and Justice Department.