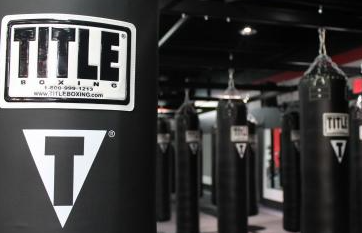 During 2016, TITLE Boxing experienced its most successful year to date. They opened 19 new clubs throughout the country. TITLE Boxing Club has become the fastest growing boxing franchise in the country. On March the 1st, the company announced they was seeking to expand to the Chicago market during the next three years. TITLE Boxing Club will attempt to find 12 new franchisees over this period of time. The company has a solid business model, which has proven to be very convenient and very profitable. By entering into a franchise arrangement with TITLE Boxing Club, consumers can expect a solid return on investment and recurring revenue streaming. Solid long-term growth is also a possibility.

Those interested should expect an initial investment ranging from 200,000 to 400,000 dollars. TITLE Boxing Club expects to continue dominating the market in 2017 with an aggressive growth plan. The company is currently seeking multi-unit franchisees to develop clubs in the Chicago area. At this point in time, there are currently three TITLE Boxing Club in the Chicago market, with two successful owners in West Loop and Lincoln Park. Both owners expect to open their second club later this year. TITLE Boxing Club expects to open approximately 40 to 50 new clubs during the course of 2017. Aside from Chicago, the company also hopes to expand in New York City, Baltimore, Washington D.C., Atlanta, and Long Island. To learn more about TITLE Boxing Club and their franchise opportunities, be sure to check out their press release here.