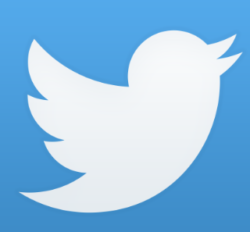 Twitter has been on the receiving end of bad publicity over the past few months. Nonetheless, a company sincerely believes a turnaround could be in the works. Just recently, speculation was generated regarding a potential Twitter (NYSE: TWTR) takeover. After the rumor circulated, TWTR stock soared 7%. The rumors were quickly squashed, but Twitter could still have a bright future ahead. The company has taken steps in the past few months to move beyond being just a simple social media platform.

They’ve teamed up with several sporting leagues, including the MLB, NHL, NBA, NFL, and the Pac-12 Conference. This will give the social media network the ability to stream a select number of games from the current and upcoming seasons of each league. They paid $10 million to the NFL to stream 10 Thursday Night Football games for the 2016 season. Twitter proved they were capable of pulling off such a feat, when they streamed Wimbledon matches earlier this year. The streams weren’t live and the quality was shaky at best, but Twitter still managed to pass the test.

Twitter also recently announced a partnership with Sky Sports to stream highlights from the upcoming Premier League 2016-2017 season. While these deals might seem a little overvalued, the company’s Periscope video streaming app has undeniably proven to be effective. Twitter acquired the Periscope app before it was launched to the public in 2015. Periscope isn’t perfect, but it serves its purpose and allows anyone in the world to become their own live television show.

At this point in time, Periscope has managed to gain a following, but it far from owning a monopoly on the market. According to sources, there were around 10 million users near the end of 2015, with approximately 1.8 million daily users. The real value of Periscope is unknown, since the streaming app has not been monetized, until now. Over the past few days, Twitter has been rolling out upgrades to their Periscope platform to increase monetization options.

Companies will now have the option of sponsoring livestreams. While the program will roll out the carpet with Andy Roddick and a partnership with Chase and Grey Goose, even lower level Periscope users will also have the option of generating a revenue for their livestreams. It all works through Twitter’s Amplify program. Those that are accepted to the Amplify program will be able to opt in to pre-roll advertising when posting a new video. The revenue from Amplify partnerships will be split between streams and Twitter.

Although the specifics have yet to be released, it is speculated that the split could be something close to 70-30, with the majority landing in the streamer’s lap. There is a high probability that streamers will be interested in joining Twitter’s Amplify program. However, it is unknown how profitable it will be for Twitter as a whole. It has been speculated that Google makes around 4-6 billion per year from YouTube. Can Periscope replicate YouTube’s success and generate a hefty profit from Periscope? It will all depend on the number of people Twitter can entice to utilize the video streaming app.