Under Armour And Nike Gear Up For Showdown In Detroit 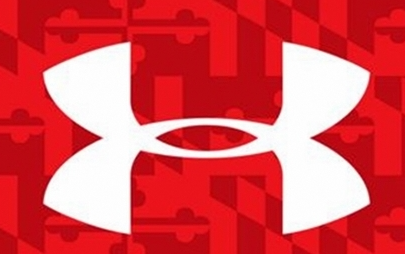 Under Armour has grown enormously since the company got a big break thanks to Warner Brothers in 1999. Many were not familiar with the company when their sportswear appeared in The Replacements and Any Given Sunday. Today, the company is more popular than ever. Under Armour IPOd on the NASDAQ in November of 2005. Today, Under Armour clothing is worn by some of the world’s biggest athletes, including Anthony Joshua, Jordan Spieth, Georges St-Pierre, Michael Phelps, and even Cam Newton. Now, the company has set their sights on Detroit and their ambitions will pit them against one of their biggest rivals, Nike.

Nike opened their community store in Detroit, Michigan in mid 2016. The store was well received by the community, with crowds showing up to cheer its grand opening. The store, which is located on 1261 Woodward Avenue, will soon receive a new neighbor. Under Armour’s 17,000-square-foot Detroit store will open at 1201 Woodward Avenue on April 13, 2017. Michigan is already home to two Under Armour Factory Houses stores. Nevertheless, the close vicinity of Under Armour and Nike’s Detroit stores creates an interesting scenario.

Under Armour’s 16,000-plus square-foot store will be slightly smaller than Nike’s, which measures in at 22,000 square-foot. While the competition is yet to begin, there is already one clear winner, Bedrock Detroit. Both stores share Bedrock Detroit as their landlord. Which sporting apparel manufacturer will resonate most with Detroit residents? Both companies have received criticism during the past few months. Under Armour met heavy pushback from consumers after CEO Kevin Plank praised President Trump’s business-friendly policies in February of 2017. Several of the company’s sponsored athletes voiced their opposition to the CEO’s statement.

Meanwhile, Nike seemed to take the alternative route by launching an advertisement featuring politically correct imagery and messages. The company’s ‘equality’ campaign actually backfired and they received criticism from all sides of the political spectrum. Viewers accused Nike of hypocrisy, while slamming the company for using so-called sweatshops. Nike took things one step further with a commercial shining a spotlight on Muslim female athletes. The commercial was not well received to say the least. Nike has also been losing its footing in the North American basketball shoe market. While Nike’s Michael Jordan-themed shoes are still enormously popular, the company has continued to lose market share to Under Armour and Adidas.

The uphill battle for American retailers and the increased competition has ultimately taken a toll on Nike. Under Armour also got hammered earlier this year when they released their Q4 earnings. While sales increased 12%, EPS decreased by 4%. Nevertheless, Jefferies has high hopes for Under Armour. The analyst upgraded UA stock from Hold to Buy and set a price target of $27 for the stock. Jefferies cited the growing Under Armour brand, while justifying their upgrade.

Will Under Armour be able to claim the crown from Nike? The battle for Detroit will begin on April the 13th, when Under Armour’s new store opens to the public.