Why the state is taking the wings of Lufthansa 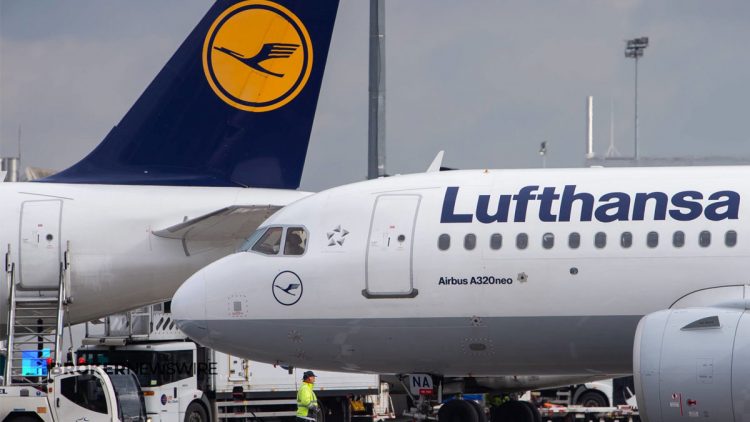 The travel industry, including airlines, is one of the sectors most affected by the corona crisis. Aircraft remain on the ground worldwide, which is why the airlines have to be saved from bankruptcy with government aid programs worth billions.

Weeks ago, for example, the French and Dutch agreed on support packages for Air France-KLM, and the US government has also issued loans worth billions. Now the future of Lufthansa is at stake.

How is Lufthansa doing?

The market leader in Europe had almost wholly ceased operations; at times, only a handful of the 760 aircraft was still in the air. At the beginning of the pandemic, Lufthansa lost almost one billion euros per month. In the meantime, the sum has fallen to 800 million euros, partly due to the widespread use of short-time working.

Lufthansa went into the lockdown relatively robustly, with around four billion euros in reserves. But those reserves are melting away at a rapid pace. One reason for this is that a reasonable 1.8 billion euros in ticket refunds are due. Two weeks ago, the listed airline gave details of the negotiations with the new Federal Economic Stabilization Fund (WSF): Carsten Spohr, the Group’s CEO, wanted nine billion euros.

What made the talks so difficult?

“The process of political decision-making is continuing,” the airline stated in a statement weeks ago. Left-wing and right-wing economic politicians have specific ideas about how to influence Lufthansa, which was founded in the 1950s as a national state airline and only privatized at the end of the 1990s. “He who gives the money has a say,” according to this motto, SPD politicians demanded several seats on the supervisory board and a blocking minority of 25 percent of the shares if the state gets in.

For the economic wing of the Union, this is devil’s work; politicians on the supervisory board are more of a burden than an enrichment. Other interest groups are sliding from the side into the negotiations. Greens and climate protectors would like to have conditioned aid: Only if Lufthansa uses economical and quiet aircraft should there be money.

To this end, the Group should refrain from domestic flights. The trade unions, in turn, are very concerned about the future of the 138,000 jobs in the Group worldwide. In return for government aid, the executive board would have to renounce mass layoffs.

How is Lufthansa being helped?

In addition to a silent partnership, the negotiations included a loan secured by the federal Kreditanstalt für Wiederaufbau (KfW). And there was also talk of federal participation in the share capital. For this reason, there was also talk of various variants of capital increases, including a capital cut to create a shareholding of up to 25 percent plus one share for the federal government.

On Thursday afternoon, shortly before the decisive meeting of the Economic Stabilisation Fund (WFS), in which State Secretaries Jörg Kukies (Ministry of Finance) and Ulrich Nußbaum (Ministry of Economics) set the tone, the following solution emerged: There is a loan of three billion euros guaranteed by the KfW. And at acceptable conditions.

In the meantime, there were reports that the federal government was demanding up to ten percent interest; this was obviously nonsense. Another six billion is to come in through capital measures.

How many shares will the federal government receive?

This is a fixed-interest bond that can be exchanged for shares in the company under certain circumstances. And this at a fixed share price agreed in advance. In the meantime, the talk was of 2.56 euros. That would be considerably less than the good eight euros that the share cost on the stock exchange on Thursday afternoon.

On Wednesday evening, after Chancellor Angela Merkel had spoken of a conclusion of the negotiations “shortly”, Lufthansa had risen by almost eight percent. The relief was great because the group had also considered insolvency under its own management. That would have been more expensive for shareholders than the capital increase with the federal government’s entry and the associated waiver of dividends in the coming years.

What is in store for the employees?

Three trade unions are active in the group: The Cockpit Pilots’ Association (VC), the flight attendants’ union Ufo and Verdi. The pilots, who traditionally earn very good salaries, will make a savings contribution of 350 million euros by 2022, mostly according to the formula: less money for less work.

Negotiations with Verdi and Ufo are still ongoing, but in the case of the rather poorly paid flight attendants, where management wants to save up to 20 percent, reductions in working hours without wage compensation are hardly possible if the employees are not to end up in the Hartz system. All in all, the unions fear the loss of 20000 jobs in the company in the medium term.

Negotiations are not only pending with the unions, but also with the home countries of the Lufthansa subsidiaries, where money is being fought over. So far, 1.4 billion euros have been agreed from Switzerland, which, together with Swiss, belongs to the Lufthansa Group, so to speak. An agreement could also soon be reached with Belgium and Austria: Brussels Airlines is talking about 390 million euros and Austrian Airlines about almost 800 million euros. If all this works out, then the group would probably be ready for the post-Corona period.

It will be hard enough, because on the shrinking market, especially the low-cost airlines will try to aggressively defend market shares. Lufthansa’s rival Ryanair plans to launch around 1,000 daily flights, or about 40 percent of last year’s schedule, as early as July 1. Lufthansa, in turn, plans to gradually increase traffic in June to 14 percent of the original volume.

In the industry, flight operations as in the pre-Corona period are not expected to be in place until 2023 at the earliest. Lufthansa assumes that next year 300 of the 760 Group aircraft will still remain in their parking positions, and in 2022 the scenario would still be 200. A kind of normal operation with 660 jets is then planned for the following year. The new, smaller Lufthansa would have around 100 fewer aircraft in its fleet than before Corona.