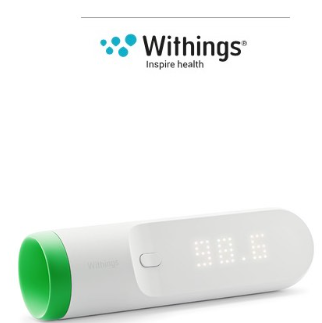 During April of last year, Withings was acquired by Nokia for 192 million dollars. The company is ultimately best known for their smart healthcare products, including scales and fitness-tracking watches. Withings has remained the company name and the products sold have been peddled under the Withings brand name. This will all change this summer, when Nokia will effectively engulf the Withings brand. In early summer, the devices will be branded with Nokia’s name and logo. They’ll be made available across the United States and Europe simultaneously.

The company is also expected to completely redesign the associated Health Mate app. The mobile application is the heart and soul of the company’s devices. The app can collect statistics from the company’s health devices and then compile that information into an easy to read format. With the upcoming redesign, users will find it much easier to add new devices and share their details with friends and family members. At the same time, the app will feature new coaching programs and will encourage users to embark on an 8-week journey to reach certain health-related goals.

Nokia will also expand their Patient Care Platform, which is already in use in the United Kingdom. The innovative platform will directly compete with Apple’s HealthKit and will attempt to revolutionize the relationship between healthcare professionals and their patients. The technology makes it possible for healthcare providers to keep a close eye on their patient’s health at all times. The doctor will be able to view the information, which is transmitted by the patient’s wearables. It is believe that treating the patient’s problems quicker and more effectively helps to reduce visits to the office and lower hospitalization.

The platform is HIPAA complaint and will allow doctors to analyze their patient’s health, by tapping into the information collected within the Health Mate app. The system has been tested in the United Kingdom, as well as the United States. The National Health Service has utilized the platform to monitor hypertension in a clinical program involving 69,000 individuals. Across the United States, the American Medical Group Association has incorporated the system into a clinical study to determine whether or not people who measure their blood pressure on a regular basis could lower it more effectively than those that do not.

The Nokia-branded health devices will be launched in early Summer of 2017. The devices will be sold directly through Nokia’s website, as well as various retail channels, including Amazon, Best Buy, Bed Bath & Beyond, and Target. The redesigning of the Health Mate app is expected to coincide with the rebranding effort. To learn more, be sure to check out the latest press release from Nokia now.