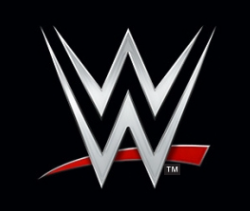 On Wednesday, August 16, 2017, WWE (NYSE: WWE) announced that it had reached a new agreement with Australia’s Nine Network. Through the agreement, Nine Network’s channel 9Go! will begin broadcasting weekly one-hour versions of WWE’s programs, Raw and SmackDown. The broadcasts will begin this week with a one-hour version of Raw on Thursday at 11 PM. A one-hour edition of SmackDown will be broadcasted on Fridays after the conclusion of 9Go!’s Friday Night Movie.

The WWE’s Chief Revenue & Marketing Officer, Michelle Wilson, made a statement about the agreement. “We are thrilled to add another best-in-class TV partner to our roster in Australia to deliver content to our fans. Our partnership with Nine Network enables us to expand our reach in Australia and complements our live programming in the region.”

In addition, WWE just recently extended its partnership with Fotxel to broadcast live WWE content in Australia. Foxtel’s FOX8 channel televises Raw live on Tuesdays from 10 AM to 1 PM. SmackDown is broadcast on Wednesday from 10 AM to 12 PM.