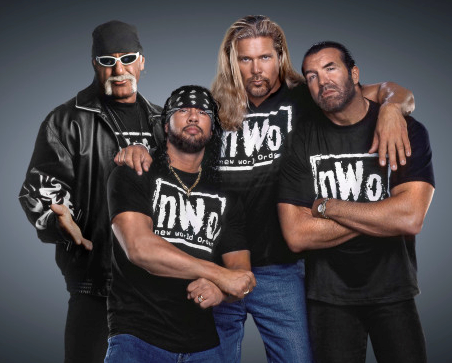 This month, WWE (NYSE: WWE) announced it would be hosting a WWE Hall of Fame ceremony on April 2, 2020. The event which is a part of WrestleMania Week will be held at Amalie Arena in Tampa Bay, Florida. As a part of the ceremony, several former WWE superstars will be inducted into the WWE Hall of Fame.

The company announced that six-time World Champion Batista will be added to the Hall of Fame. Batista who used the nickname “The Animal” has gone on to find success outside of the WWE. He began acting in 2006 and has started in several commercially successful films including Spectre, Guardians of the Galaxy, and Avengers: Infinity Wars.

During his time in the ring, Batista was a fan favorite developing rivalries with the likes of John Cena, Triple H, The Undertaker, and others. He is best known for being a founding member of the Evolution faction which partnered him with Triple H, Ric Flair, and Randy Orton.

WWE also announced that nWo members will be inducted into the WWE Hall of Fame. They include Scott Hall, Kevin Nash, Sean Waltman, and “Hollywood” Hulk Hogan. The New World Order is widely considered to be one of the most innovative and successful factions in the history of sports entertainment.

Tickets for the 2020 WWE Hall of Fame Induction Ceremony were made available on Friday, December 13, 2019. WrestleMania will take place days after the ceremony. The blockbuster event is scheduled for Sunday, April 5, 2020, at the Raymond James Stadium in Tampa Bay, Florida.

Additional details can be found here.