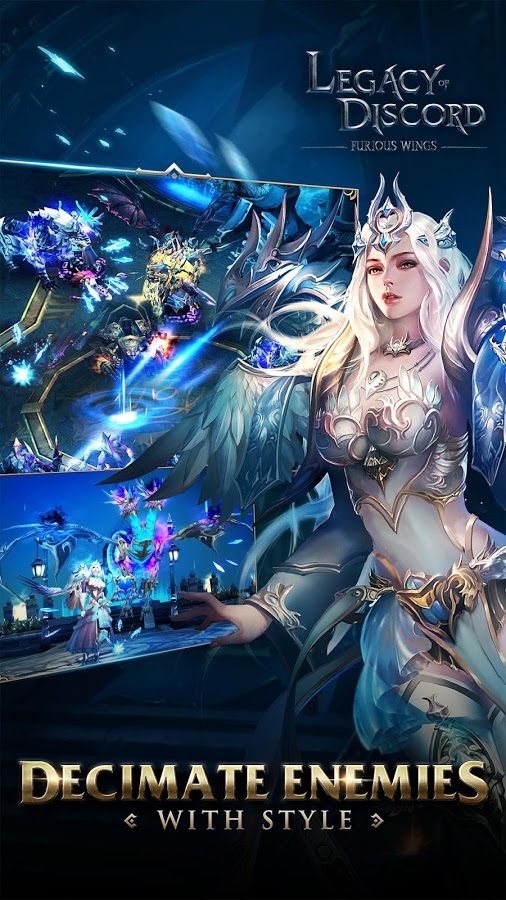 Legacy of Discord, a massively popular MMORPG, was launched in November of 2016. Since then, the game has been repeatedly recommended by Apple store and Google Play, while simultaneously topping iOS top-grossing lists in at least 105 countries. Before LOD was even launched to the public, it was highly praised by Apple management at the Apple Worldwide Developers Conference. To help increase the online game expand to other markets, Legacy of Discord has recently been localized to better accommodate the Arabian market. This resulted in changes to better suit the reading habits and dressing code for Arabians.

Simultaneously, the developers have established special activities to coincide with regional events, such as Ramadan. LOD keeps players entertained through a handful of gaming modes, including 1-on-1 battles or 5-player battles. Players can also join a league of up to 45 players. The game also features a difficult mode, which will put the player in the middle of a thousand-player battle. Legacy of Discord provides players with endless ways to upgrade their character and there are hundreds of weapons to collect. Youzu Interactive wants to invite players from all around the world to join in on the action today. The developer has launched a new screen recording of in-game action to help introduces players to the action. The mobile game is available on Google Play and Apple’s App Store.