Back in 2012, Zynga (NASDAQ: ZNGA) was riding high. The company’s stock climbed to nearly $15 a share near the beginning of the year. Soon though, the social video game developer would experience significant turmoil. ZNGA began trading on NASDAQ in December of 2011. The stock was originally priced at $10 per share. By March of 2012, the stock had risen to nearly $15. At that point, it was an uncontrollable downhill slide. A disastrous earnings report sent the stock plummeting and that slide continued until the stock dropped well below $2. Today, the stock has managed to rebound to some degree. It currently sits just below $3.00 a share.

Nonetheless, the future of Zynga may be a rocky one. The company is now locked into two court battles. One lawsuit pits the company’s co-founder, Mark Pincus, as the defendant along with several other board members. In the other courtroom, Zynga will go after two former employees, who are accused of stealing confidential information that was later used by a rival startup company, Scopely. Outside of the courtroom, Zynga has remained busy. The new strategy game, Dawn of Titans, was just recently launched to the public. The game, which has been in development for 2 years, is a step towards new CEO Frank Gibeau’s vision for the company. 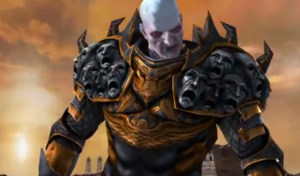 Gibeau believes decreasing the number of releases, while simultaneously increasing the quality of said releases, will boost results. This strategy is one Gibeau knows well, since it was employed during his time with Electronic Arts. During the most recent quarter, the company lost over $41 million and their sales fell by 6.8%. Should Dawn of Titans prove to be a success, Zynga may very well return to the powerhouse it used to be. The verdict will likely be delivered well before either of the two lawsuits meet a conclusion.

When Frank Gibeau took over as CEO, former CEO Mark Pincus was shifted to Chairman of the Board. The Delaware Supreme Court has announced the revival of a case, which alleges Pincus and several board members engaged in insider trading. The lawsuit claims Pincus and his comrades were given exemptions to Zynga’s rule prohibition stock sales until at least 3 days after the release of earnings reports. The group sold their shares around the time they were valued at approximately $12 per share. In total, more than 20 million shares valuing $236.7 million were sold. The transactions took place around three weeks before the earnings announcement.

The lawsuit was originally filed in 2014 by shareholder, Thomas Sandys. Sandys has opted to sue on behalf of Zynga and therefore any settlement would most likely go directly to Zynga. That may be good news for shareholders, who purchased on the current dip. Those that jumped in before the downfall will likely not be pleased. The company’s other lawsuit closely resembles something out of a Mission Impossible movie. Zynga has filed suit against two former employees claiming they stole company secrets and handed them off to their new employer.

Zynga has accused Ehud Barlach and Massimo Maietti of stealing information and using it for a startup company, Scopely. The startup company has also been named a co-defendant in the cast. The two men have been accused of stealing company data and recruiting others to join their efforts at Scopely. Zynga alleges that Maietta accessed a Zynga-owned Google Drive account using the Google Chrome browser on his work-issued laptop. From there, he is accused to have zipped those files and downloaded them to his computer. The company also suggests forensic analysis shows that the former employee moved nine of the ten folders to an external USB device.

Finally, Maietti is accused of deleting the .zip files. Zynga also makes allegations that Barlach engaged in similar behavior and even worked with a Scopely recruiter to target the right Zynga employees. Zynga suggests Scopely recruiter Christina Dunbar worked with Barlach to eventually hire Derek Heck. During the last month of his employment, Heck is accused of deleting more than 24,000 files and folders. The lawsuit also claims he researched ways to erase his hard drive.

In late 2013, Zynga settled a similar suit against former general manager of Cityville, Alan Patmore. Zynga and Patmore’s new employer, Kixeye, settled the dispute for a mutually agreeable settlement. As for Patmore, he eventually accepted responsibility and admitted he had made a terrible mistake by copying and taking confidential information when resigning from Zynga. Should Zynga be correct in their assessments, the current lawsuit is far more widespread.

Nonetheless, stockholders will be more interested in the success of Dawn of Titans. By all accounts, gamers love the title. It maintains a 4.5 out of 5 on Google Play and an identical score on iTunes. The title currently sits at #24 on iTunes top free apps chart. On Google Play, the title is currently #91 on the Top Free Android Apps chart. For comparisons sake, Glu Mobile’s Nicki Minaj: The Empire sits at #36 and #85 respectively.

At the end of the day, it will all come down to the replay value of Dawn of Titans. Is the game addictive enough to keep gamers returning and will they feel obligated to make in-game purchases? Only time will tell. However, the game has received high praise among gamers and that could be a sign of good things to come.